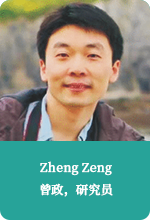 Dr. Zeng, Professor, received special government allowance in 2020. He is the center director of Chongqing Animal Disease Prevention and Control Center. He is mainly engaged in the prevention and control of major animal diseases and zoonotic diseases. He is also appointed as an instructor for postgraduates in Southwest University, a standing member of the first academic committee of the National Animal Brucellosis Reference Laboratory, and the third national human-to-human transmission Member of the Biosafety Review Expert Committee of the Pathogenic Microbiology Laboratory. He has delivered more than 100 presentations at home and abroad, led and participated 11 scientific research projects. He received five national patents, won twice of the first class, once of the second class and three times of the third class of provincial-level prizes. Prof. Zeng published more than 50 papers, participated in editing of two books, one college textbook, and two translated books.