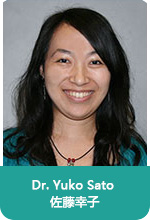 Dr. Yuko Sato received her DVM in 2012 from Purdue University. She joined Iowa State University in August 2015 after completing a poultry residency and serves as the university’s Poultry Extension Veterinarian and Diagnostic Pathologist. She is a diplomate of the American College of Poultry Veterinarians since 2015. Her extension programs focus on poultry infectious disease diagnosis, prevention, and investigation. Dr. Sato is very active in scientific organizations such as the American Association of Avian Pathologists and United States American Health Association, and is a highly sought out national speaker on poultry and egg conferences. She also serves on numerous scientific advisory boards such as United Egg Producers and Iowa Poultry Association.