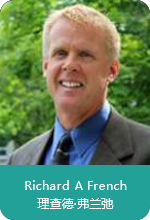 Dr. Richard French is the International animal health partners. He is a veterinary pathologist and previously served as the Dean of the School of Animal Studies, Becker College. Dr. French acquired is DVM from the University of Illinois.  He went into small animal practice for several years and then returned to academics, receiving a Masters in parasitology and a Ph.D. in neuropathology and completed a residency in anatomic pathology.  Dr. French then served as a tenured faculty at the University of Connecticut and as a pathologist in the Connecticut Veterinary Medical Diagnostic Laboratory.  Dr. French later served as Director of the New Hampshire Veterinary Diagnostic Laboratory. Dr. French is a member of the USDA National Animal Health Emergency Response Corp and has served in national and international disease outbreaks. He has served as an instructor for Foreign Animal Disease Training Course, Plum Island Animal Disease Center, New York, for the past 13 years. Dr. French’s primary interests are in emerging, zoonotic and transboundary diseases of animal and public health significance.  He has numerous publications and broad fields, which includes the first report of West Nile virus in the northern hemisphere (Science 1999)